We Are Goombay Cares

Goombay Cares is organized exclusively for charitable and goodwill purposes, more specifically to provide services for families and youth with focus on community engagement, youth programs, food and clothing giveaways, educational programs and life skills for individuals and families.

Goombay Cares was founded in 1990 by James Goodwin, as Young Goombay – an organization committed to enriching the lives of inner city youth in Washington, D.C. at the height of the crack epidemic. Through outdoor adventures, sports programs, field trips and adult mentoring, Young Goombay Adventurers aimed to enhance the physical, mental and social well being of its participants.

Recognizing that healthy kids needed healthy communities, in 2014, Young Goombay’s focus expanded to include adults throughout the Washington D.C. Metropolitan Area and changed its name to Goombay Cares. Since 2014, Goombay Cares has impacted hundreds of children and adults through its financial literacy, health and wellness, and team building programs. Not only has Goombay Cares impacted lives directly through its programs, but it has also strengthened community organizations through direct donations raised by its Kickball for Charity tournaments and participation in charity races. 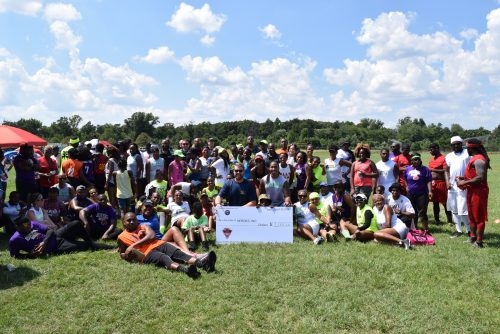 In 2018 Goombay Cares was officially registered as a 501(c)3 non-profit organization. It continues the legacy started 29 years ago of impacting lives and communities through community engagement, youth programs, food & clothing giveaways, educational programs and life skills for disadvantaged individuals and families.

CEO/Chairman of the Board

James “Butch” Goodwin is the Founder of Goombay Cares and serves as the Chairman of the Board. As Chair, he leads the Board of Directors in advancing Goombay Cares’ mission, guides the board in setting the organization’s strategic focus and serves as its primary spokesperson. After earning a Bachelor’s Degree in Communications with a minor in Child Psychology from the University of Pittsbugh, Butch embarked on a career in television production before transitioning to a career that encompassed one of his passions — the education and uplift of our youth. As a teacher for 12 years in Prince George’s County Public Schools, Butch taught high school students the basics of photography, computer graphics and TV production, and later as an Assistant Program Director for Family Matters of Greater Washington, he developed and implemented educational and recreational programs for youth in partnership with area schools and youth agencies.

In 1990, Butch was able to combine his passions for for both youth development and outdoor adventures when he founded Young Goombay, now known as Goombay Cares. In addition to his responsibilities with Goombay Cares, Butch is also Chief Executive Officer for Goombay Adventurers, a well-known company in the Washington DC metropolitan area that has provided outdoor adventure and team sports experiences to the urban professional for 30 years. 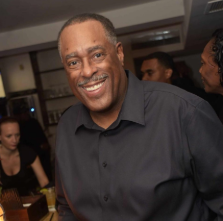 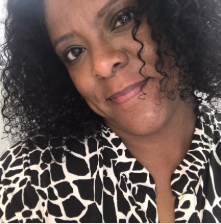 Vice-Chairman of the Board

Akua Assata is Vice-Chair of Goombay Cares Board of Directors. As Vice-Chair,  Akua designs and oversees implementation of programs and services that empower and uplift the underserved population in the Washington DC metropolitan area. Her deep passion for charitable work was inspired by her parents and grandparents who fostered adolescent teens. Her commitment to service remained with her and now inspires the work she performs as Goombay Cares’ Vice-Chair to keep the DMV as an amazing place to live for all people — one program at a time.

“Let’s open up opportunities for people and allow them to thrive.” 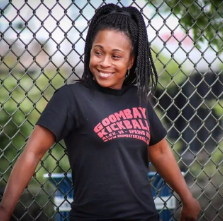 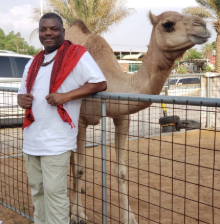 Be A part Of Our Mission

There are a variety of opportunities to contribute your talents and gifts to plan and organize Goombay events.